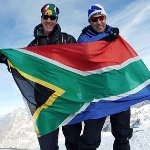 Cold Sweat is a South African documentary series produced by Urban Brew Studios and filmed in Antarctica during December 2011 and January 2012 which covers a race between six nations as they retrace the route of Norwegian explorer Roald Amundsen in a bid to be the first to reach the South Pole.

The series was supposed to start on SABC3 on Sunday 8 July 2012, at 18h00, but was pulled from the schedule at the last minute with no explanation offered.

One hundred years ago, Norwegian explorer Roald Amundsen beat fellow explorer Robert Falcon Scott in a race to be the first man to reach the South Pole. Arriving 35 days after Amundsen, Scott and his team perished on their way back, whilst Amundsen returned to his native Norway a hero.

Representing South Africa was Braam Malherbe from Cape Town and Peter van Kets form East London. Both these extreme adventurers are no strangers to extreme firsts.

In 2006, adventurer, conservationist and 50/50 presenter, Braam Malherbe and running partner, David Grier, achieved a world first by running the entire length of the Great Wall of China, a distance of 4,218km, at a pace of a marathon a day for 98 days.

Again in 2008 the duo completed another world first by running the entire coastline from Namibia to Mozambique, a distance of 3,278km.

Not to be outdone, in 2010, East London-based extreme adventurer, Peter van Kets, became the first African to complete an unsupported row across the Atlantic ocean when he spend 76 days alone in a seven-metre boat, rowing more than 4,500km.

Both these men’s achievements speak of courage, passion, tenacity and the will to win, the very characteristics needed to succeed when they tackled their most recent extreme adventure in the toughest environment known to man: Antarctica.

The competitors left Cape Town on the 19th of December on a flight to Novo, a Russian research station on the east coast of the Antarctic continent, and, after an initial training leg, the race started 10 days later.

Covering a distance of 800km to be the first to the South Pole, competitors raced unsupported, on foot and with cross country skis, hauling gear and provisions on what Van Kets describes as a “tupperware canoe”, otherwise known as a pulk which, when fully laden, weighs around 140kg.

At the start the actual race was expected to take around 25 days to complete. Competitors negotiated crevasses fields, blistering blizzards, lung conditions at 3,000 metres above sea level on the high plateau on the way.

Add to that a sun that never sets, temperatures as low as -45 degrees, emotional challenge and isolation, and you have an event that is undoubtedly the ultimate extreme endurance challenge set in the coldest, driest and highest desert on the planet.

Cold Sweat portrays the very personal journeys of these men and women, braving the unknown, tempting fate, and making history at the end of the world.

As they follow in the footsteps of previous Antarctic explorers, they will reflect on those who made it out alive, and contemplate the stories of heroism of those who didn’t.

This was undoubtedly an exercise in extreme endurance; only for the serious explorer that craves the call of the wild; who was willing to put life and limb at nature’s mercy in a quest to be the bravest and the best.

Danie Ferreira, executive producer at Urban Brew Studios, says Antarctica is the most beautiful and alluring mistress, and with your first encounter, there is no doubt that it will be love at first sight. But be aware, with no provocation whatsoever, she will change and she will break your heart.

Cold Sweat gives viewers the opportunity to experience the extraordinary achievements of extraordinary people; to partake in both the pain and the glory; to feel the pride and the joy; and to marvel at the momentous.

Episode 1: Preparation and Getting Going

We meet the two South Africans taking part; get a snapshot of their phenomenal achievements thus far; find out what makes them tick and why they chose to undertake this challenge.

We unpack their partnership, how they train and work together and get an insight into what Scott and Amundsen meant to them as well as an understanding of the original race undertaken a century ago.

This episode also includes footage of the training sessions that take place in Iceland and of the support vehicles being built in South Africa.

After an emotional farewell to family and friends, we follow them on a flight from Cape Town to the Russian base of Novo; and then they’re off to the starting line in Episode 2.

The extreme beauty and the extreme conditions are revealed for the first time; the plane touches down on the ice and supplies and equipment are offloaded; from now on it is real, raw and unpredictable.

As we follow the South Africans to their base camp, we also explore their competitors’ opinions; their strengths and weaknesses; we capture all the pre-race nerves, hopes and fears on the last night at base camp.

And then, finally, the race is on. Lives are on the line; so are reputations; grandiose concepts of heroism and adventure fade as the contestants face the reality of the race and the conditions; it’s them against the forces of nature; thoughts of Scott’s failure and Amundsen’s success surface as the contestants measure themselves up against what has gone before.

Will they run out of food like Scott; or will they arrive hale and hearty like Amundsen? How are they going to cope, will they cut it, will they win?

The race continues and endurance is the key: psychologically and physically. We experience the exhilaration, the fear, the patience and the pain; possibly even a rescue; the fixing of broken sleds, the loss of equipment; how competitors deal with the inevitable setbacks and unexpected successes.

Throughout, the narrative thread of global warming, climate change, and issues regarding this pristine land and its ownership are interwoven with the main story line of racing and survival.

And, as the monotony sets in, it’s the same daily exhausting grind with no end seemingly in sight; the same day-to-day drudgery; every day as dangerous as ever.

A small mistake, a momentary lapse of attention, a moment of exhaustion; any one of a myriad variables could cost the competitors the race; possibly even their lives.

Closer the competitors strain; fatigue a constant companion, adrenalin pumping. And then, like a mirage, a shape appears on the horizon. The extreme happiness of crossing the line; the heightened emotion; the sheer exhaustion; but win or lose, they have made it.

The raising of the South African flag; the taking of snap shots; and then the inevitable groundswell of emptiness as they realise it’s over.

How has the race changed their perspective on life and the world we live in? What is the message for South African viewers? 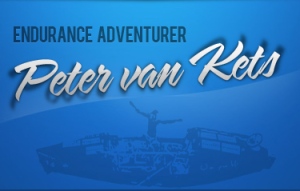 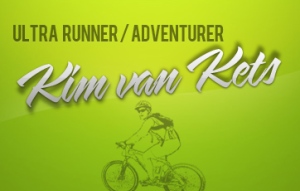 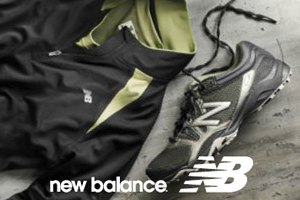 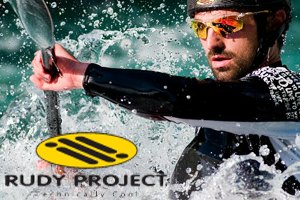